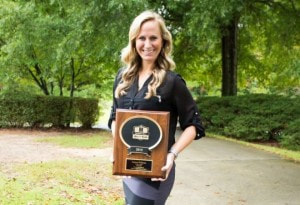 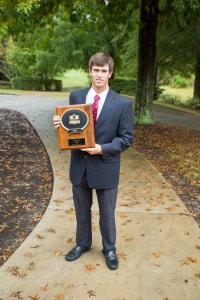 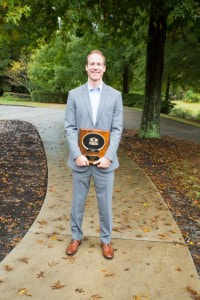 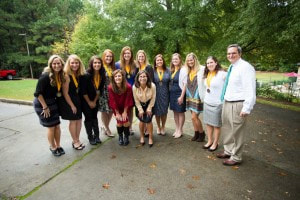 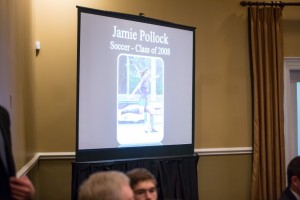 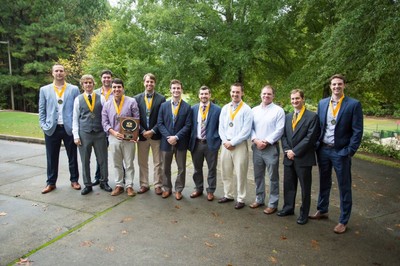 2007 Men's Soccer
Jessica Williams
Jessica participated in fastpitch softball, basketball, and track from 1998-2002 where she earned 10 varsity letters.  She was a two-time 1st team All-State selection in fastpitch and a member of the 2000 State Championship Softball Team. Jessica was awarded Softball Best Defense 3 times, Softball Team Batting Champion 2 times, Softball Team Captain 2 times, and Softball MVP 1 time.  Jessica was recognized with the 2001-2002 Senator Carl Harrison Athletic Leadership Award.
She went on the play at Marshall University from 2002-2006 where she started every game of her career at shortstop, made All-Conference every year, was a 3 year captain, and finished her career at Marshall in the top five of six different career categories. In 2006, Jessica was 1 of 28 players drafted to the National Professional Fastpitch (NPF) League, to the Chicago Bandits. Jessica played professional softball for 6 years, winning a championship in 2010 with the USSSA Florida Pride, and finishing her career in 2011 with the Akron Racers.  She has coached collegiality at the Division 1 level for 7 years including Marshall University, Western Carolina University, and most recently at the University of San Diego.

After graduating from Harrison, James attended Georgia Tech where he was a 3-time All-ACC golfer, a 4-time Academic All-ACC member and was named to the All-American team two seasons. During this time, James won two collegiate tournaments, he was a member of four ACC Championship teams, he was selected as a member of the Palmer Cup team for the USA, he was the 2011 and 2012 ACC Scholar Athlete of the Year for golf, and James was named the 2012 recipient of the Byron Nelson Award for his accomplishments on and off the golf course.

As a professional, James was one of 14 rookies to make it to the finals of Q-school in 2013 and he has one runner-up finish on the Web.com Tour.

Andrew Wilson
A 2000 graduate of Harrison, Wilson was a 4-year varsity starter, two-time all-state honoree, and was the school’s all-time scoring leader with 1,215 career points when he graduated, a record that stood for 12 years.
During his junior and senior season, Wilson led the Hoyas to the winningest 2 year span in Harrison program history and its first back to back 20 win season, going 44-8 and advancing to the 2000 state tournament.  He averaged more than 18 points per game, hit 47 percent from three-point range, and shot 86 percent from the line.
In 1999-2000, Wilson earned the Cobb County Tip-Off Club Player of the Year Award and was named to the Atlanta Journal-Constitution 1st Team All-State.
After graduating from Harrison, Wilson played parts of six seasons at Florida State (2000-06), and became the first player in ACC history to play in six different seasons. After enduring two medical hardships, Wilson became the school’s all-time leader in games played (129). As a senior co-captain in 2005-06, he finished the season ranked 2nd in the country in 3pt FG%, won MVP of the 2005 Orange Bowl Classic, received the Charlie Ward Most Outstanding Defensive Player Award, was named to the ACC All-Academic Team for the 3rd consecutive season, and earned a Master’s Degree in Sports Administration.
Andrew has parlayed his success on the court into a successful coaching career that is entering its 10th season in 2015-16 and his third campaign with Georgia Southern.
​
2000 Softball Team
The 2000 Fastpitch softball team brought home the program’s first State Championship after its fifth straight trip to the Elite 8 in Columbus and its fifth consecutive area championship. The senior class ended their careers with one state championship, two state runner-ups, one 3rd place finish and four area championships.

The team went undefeated in the state tournament, posting a perfect 6-0 record. They completed the 2000 season with a 30-5 record and outscored their opponents 185-22.

The 2000 Roster was full of athletes with a dozen players continuing their softball careers at the collegiate level, eight of those at the D1 level.  Of those athletes, three went on to play professionally.

Jamie Pollock
Jamie Pollock was a member of the class of 2008. She was Harrison’s Most Valuable Offensive Player from 2005 to 2008, and she was named the Harrison High School Most Valuable Player in 2008. Jamie made the All-County First Team in 2006, 2007 and 2008. She also made the Rise Magazine All-Area First Team. Jamie was also named a Youth All- American by the NSCAA.

Jamie was awarded an athletic scholarship to the University of Georgia where she was a four-year starter as well as team captain her junior and senior years. While playing soccer at UGA, she managed to be on the SEC Academic Honor Roll all four years. Following Jamie’s senior year of college, she was named a First-Team All-SEC player. She was a member of the NCAA All-Region Team for two years. Because of her leadership and work ethic at UGA, her coaches recognized her with the Team Heart and Soul Award.

After college, Jamie started for the semi-pro Atlanta Silverbacks from 2009 to 2013, in 2014 she played with the Boston Breakers, and currently she is playing for the Melbourne Victory in Australia.

2007 Men’s Soccer
The 2007 Men’s Soccer team brought home a State Championship after having the best record in Men’s Soccer History of 20-1-2. They also won the Region Championship in 2005, 2006, and 2007. They finish their season as 11th in the nation by the NSCAA.
During the 2007 year, the team had 76 goals and 44 assists. This roster was complete with 9 players who continued on to play at the collegiate level, five of those D1. This team also produced the MDJ Player of the Year, MDJ Coach of the Year, and four MDJ first-team All- County recipients.
This senior class left behind a reputation as a strong program that competes annually for Region and State Championships, as well as a tradition that defines the program to this day.