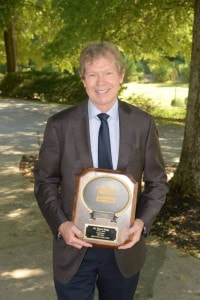 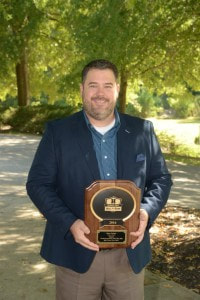 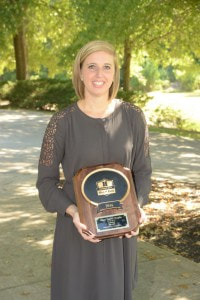 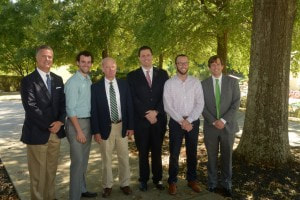 2000 Boys Golf Team
​
Dr. Mark Diehl
Dr. Mark Diehl served as team physician for Harrison High School from 1991, when the school opened, until he retired in the fall of 2015. Dr. Diehl is a board certified Orthopaedic Surgeon and was one of the founding partners of Pinnacle Orthopaedics and Sports Medicine Specialists where he served as its President from 2000-2010. Dr. Diehl graduated number 1 in his class from Wayne State University School of Medicine in Detroit, Michigan and did his Orthopaedic Surgery and General Surgery training at Emory University. He joined Marietta Orthopaedics in 1985, where he specialized in sports medicine, fracture care and joint replacement surgery. He volunteered to serve as a Co-Director of Athletes Care during the 1996 Atlanta Olympic Games and team physician for KSU Ice Hockey and Golf. To promote the safe and healthy participation of Cobb County student athletes, he has served as team physician for several Harrison and several other High Schools, as well as organizing many “Physical Day” events.
Dr. Diehl has been a resident of the West Cobb community since 1985 where he and his wife of 38 years, Sandi, have raised 4 adult children. He values an active life style, a competitive spirit and long term relationships like the one he has had with the students, parents and staff of Harrison High School.

​Ben Sutter
​Ben Sutter was a Pitcher/1st Baseman for the Hoyas from 1995-1998 under head coach Mike Power. During that time, Sutter was part of two Dugout Championships, three Sub-Region Championships, three Region Championships, one Elite Eight finish, and then finishing up his career as a State Champion in 1998. Ben left Harrison with many records attached to his name. He still holds season marks for innings pitched (102), wins (14), games (20) and strike-outs (97). He also holds career records in innings pitched (248.1), wins (33), games (53) and strike-outs (203). Along with the records, Sutter also earned three All County awards, two All State, two Braves 400 Club All Star and 1998 Braves 400 Club Pitcher of the Year. He was a Team One Participant as well as played for Team Georgia.
After high school Sutter went on to play four years as a pitcher/1st baseman for the Columbus State Cougars. He saw his best season at the plate his junior year when he hit 397. In his senior year, Sutter helped guide the Cougars to a South Atlantic Regional title as well as winning the Division II National Championship. After his playing career, Coach Sutter served as a graduate assistant at Columbus State working primarily with hitters and the infielders. In 2004, the Cougars won the South Atlantic Regional and made an appearance in the championship series. In 2005 Sutter returned to high school as a baseball coach at Roswell High School, where he still currently coaches and teaches Special Education.

Susan Yenser Chaplin
Susan Yenser Chaplin was a member of the class of 2005. She is the all-time leading scorer - boys or girls - in school history, topping the 1,700-point mark. She was recognized as 2nd team All Cobb County in 2003 as a sophomore, averaging 17.3 points per game, 2.7 steals and 3 assists per game. She earned First-Team All-Cobb County honors as a junior averaging 20.2 points per game and 6 rebounds and earning the 2003-2004 Cobb County Tip-Off Club Player of the year award and Sports Talk 790 The Zone’s “Relentless Pursuit of Excellence” award. As a senior, Susan earned 2005 First-Team All Cobb County honors as well as Second-Team Georgia 5A All-State and 2005 Atlanta Tip Off Club Naismith Team of the Year award, leading Cobb County in scoring at 22 points per game. She was voted team captain each of her final three years at HHS. Susan participated in the 2005 Georgia High School North/South All Star Game after her senior year, scoring 15 points for the victorious North team. She attended the 2003 and 2004 Adidas All-American Top 10 Camp and was named a 2004-2005 Gballmag.com High School Hero. Susan was voted Harrison High School’s 2004-2005 Homecoming Queen and also earned two letters in fast pitch softball.

Susan was awarded an athletic scholarship to Clemson University where she earned the 2006 Women’s Basketball Newcomer of the Year Award as a freshman. As a sophomore, Susan was the fifth-leading scorer for the Lady Tigers, ranking 8th in the ACC in 3 point shooting percentage and earning 2007 ACC Academic Honor Roll honors and was a member of the 2007 All-ACC Academic Basketball Team. She was the 2007 Air Force ROTC Award recipient, “presented to the player who best exhibits the core values of the Air Force, as demonstrated by integrity, service before self, and excellence in all endeavors.” She tied the Clemson Women’s record for most three pointers in an ACC Tournament game, going 4 for 4 from behind the arc against Virginia. After her sophomore year, Susan transferred to the University of Florida on an athletic scholarship, redshirting her first year due to NCAA transfer rules, but voted one of the team’s tri-captains of the Gators despite not being able to travel or play in the games. Susan earned 2009 and 2010 SEC Honor Roll honors and was a member of the 2010 All-SEC Academic Basketball Team. As a junior, the Gators were ranked as high as 9th in the country and went to the second round of the NCAA tournament, falling to the eventual national Champions, the UCONN Huskies. Susan finished her last two years of eligibility as a Gator with 17 total starts and shooting 32% from the three point line and was voted Team Captain again her senior year.
After College, Susan moved to Irvine, California where she currently resides with her husband of 4 years, Lane Chaplin, who she met on the basketball court at Clemson University. She works as a Broker in the Southern California Retail Real Estate market.